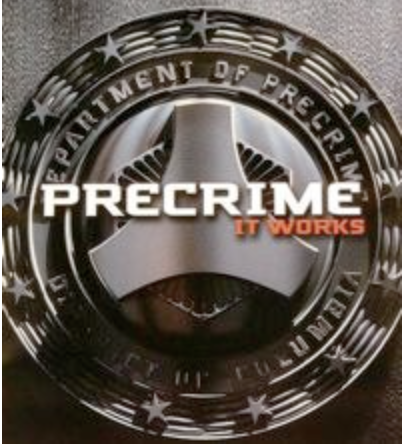 In the wake of recent the shootings at Charlie Hebdo in Paris, Stephen Harper has announced that “We are looking at additional powers to make sure that our security agencies have the range of tools available to them to identify potential terror threats and to …[undertake] detentions and arrests and other actions where necessary.”1 This use of highly-emotional discourses centred on terrorism is being used to justify increased exceptional powers to the state – a trend that has been extremely evident in the West since the events of September 11th 2001. The tenor of the global media coverage and the emotional outpourings related to the recent incidents in Paris have contributed to an emotional climate where laws aimed at “preventing such atrocities in the future” are accepted with very little scrutiny. The timing of such political moves relies largely on the work done by public emotions to fuse a perceived need for such laws with the threat of fundamentalist Islamic terrorism. It is more likely, however, that these laws will be used to criminalize and suppress domestic dissent among indigenous Peoples and Canadians opposed to clandestine trade pacts (http://canadians.org/tpp) that will increase Tar Sands production and lead to more and more pipeline expansions and other dangerous forms of transporting bitumen. The government’s desire to align the opponents of its domestic policies with terrorism is evidenced by the 2012 “Canadian Terrorism Strategy” that focuses on “eco-terrorist” threats (http://www.theglobeandmail.com/news/politics/ottawas-new-anti-terrorism-strategy-lists-eco-extremists-as-threats/article533522/) and the RCMP’s belief that environmentalists are more of a threat than religious-based fundamentalism (http://www.vancouverobserver.com/news/canada-more-risk-environmentalists-religiously-inspired-terrorists-rcmp).

The variants of “emergency law” that Harper is proposing will make it easier for any persons or groups determined to be associated with the (vaguely defined) threat of terrorism to be immediately detained and deprived of rights under the law. This same legal logic, at its extreme conclusion, has been and continues to be used to create numerous US “black sites” where detainees with no formal charges are tortured and in some cases killed (http://ccrjustice.org/learn-more/faqs/faqs%3A-what-are-ghost-detentions-and-black-sites).

It is unsurprising to see Harper’s media team deploying the well-worn rhetoric of security to justify the progressive deterioration of individual rights. “We want to make sure that we get a balance – that we protect the rights of Canadians and also the security of Canadians. We must protect both,” he said. “I anticipate that we will be moving forward very early in the new sessions with additional legislative proposals.” Among the legislation proposed is lowering the threshold for preventive arrests. This degradation of rights goes hand-in-hand with the Canadian government’s increased involvement in spying on its own citizens through the Canadian Security Establishment of Canada (CSEC) in collaboration with their American counterpart the National Security Agency (NSA)  (http://www.globalresearch.ca/csec-and-harper-government-assert-right-to-spy-on-canadians/5367380) and other members of the Five-Eyes security alliance (http://www.theguardian.com/world/2013/dec/02/history-of-5-eyes-explainer).

The combination of increasingly broad and invasive surveillance technologies with laws that enable the criminalization in a country increasingly catering to corporate interests, gives me a very a dystopian feeling. They call to mind Orwell’s concept of thoughtcrime and Phillip K. Dyck’s portrayal of pre-crime policing as portrayed in his novel and Ridley Scott’s film adaptation in Bladerunner. A question that is seldom involved in the mainstream discourses regarding terrorism is why is the active role played by the Canadian government in creating the conditions that make violent acts not being challenged? This is a question I will discuss further in my next post.